‘A unique opportunity to conduct experiments in a real-life setting’

After five weeks with many lectures on water safety, crisis exercises and climate adaptation in coastal areas and less fieldwork in the Hedwige Prosperpolder than we had hoped, the Winter School is almost over. On Thursday 1 April, fifteen students from the Netherlands and from other countries will present the results of their research and the diplomas will be awarded. The final event takes place online, just like all the lectures did.

The Winter School is part of the large Polder2C’s research project. In this, flood protection scientists and professionals from the Netherlands, Belgium, France and the United Kingdom work together. They are researching the quality of coastal protection with a view to climate change and emergency aid in the unlikely event of a disaster.

The much discussed Hedwige-Prosperpolder, which is currently being transformed into a large tidal area, is used as a living lab for research. In the context of Polder 2C’s, the thirteen partners have a more or less free rein outside the breeding season in the polder on the border of Zeeuws-Vlaanderen and Belgium.

If a new dike has been built, the old one can be used for all kinds of tests and experiments, “It is a unique opportunity to conduct experiments in a real-life setting.” However, the coronavirus has also affected this project. Fieldwork activities have been less intense than originally planned.”

The Winter School is intended to share and transfer knowledge. “To the professionals of the future”, explains HZ researcher Vana Tsimopoulou of the Building with Nature research group. “It’s a pity that due to the coronavirus we were able to do less field research with students than intended. Two groups of four students went out for one day, but other participants did the research from home.” Among other things, the students carried out field work doing emergency repairs to dikes and based on this they created a framework for water boards. Another group collected and analyzed data in the floodplains.

In addition to the practical work, the Winter School consisted of workshops and lectures, which took place via Zoom. These were given by researchers, lectures and employees from relevant organizations and companies from the Netherlands and abroad. Tsimopoulou assembled them and made sure everything went smoothly.

Two HZ researchers gave lectures. Wietse van de Lageweg talked about new forms of coastal management and lecturer Teun Terpstra of the Resilient Deltas research group discussed how people feel about natural disasters, the way they are communicated and the reactions of both residents and governments to disasters. Not all Zeeland people can be evacuated in the event of a disaster. So-called vertical evacuation, in a house or other building, would for many be a much safer solution. However, that message is not what everyone wants to hear. “What is safe and what people could do best to be safe is not always clear, though it all seems clear on paper. We should be more open about this,” Terpstra told his students.

According to Tsimipoulou, all lectures were well attended and appreciated. “We received a lot of positive feedback. It’s a shame that pretty much everything had to be online. As a result, you sometimes miss interaction, but we are satisfied anyway.” Next spring we will hold a second edition of the Winter School. Tsimipoulou hopes to be able to work in the field then for at least a week.

Thursday 1 April is the final event of the first Winter School between 9:00 am and noon[HF1] . The students then present their studies and the diplomas are awarded. There will also be a brief look back on the month by Tsimipoulou and her colleague Ludolph Wentholt. Interested parties can watch via www.zoom.us. The meeting ID is 879 4761 7648, the password 507459.

Partner of the month

In April HZ University of Applied Sciences is partner of the month in the Polder 2C’s-project. The educational institute is in the spotlights here https://polder2cs.eu. 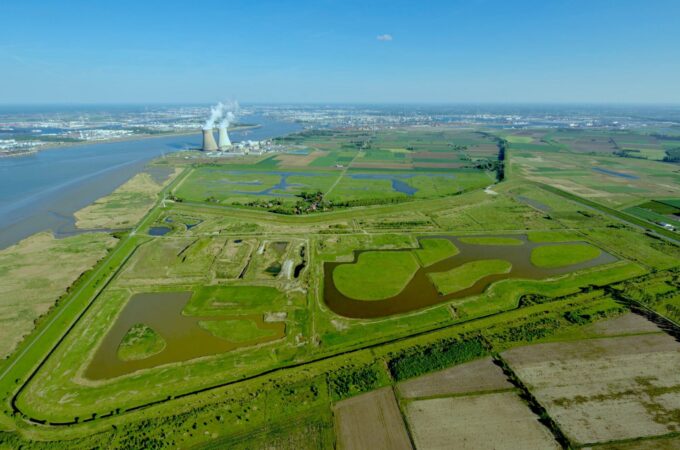